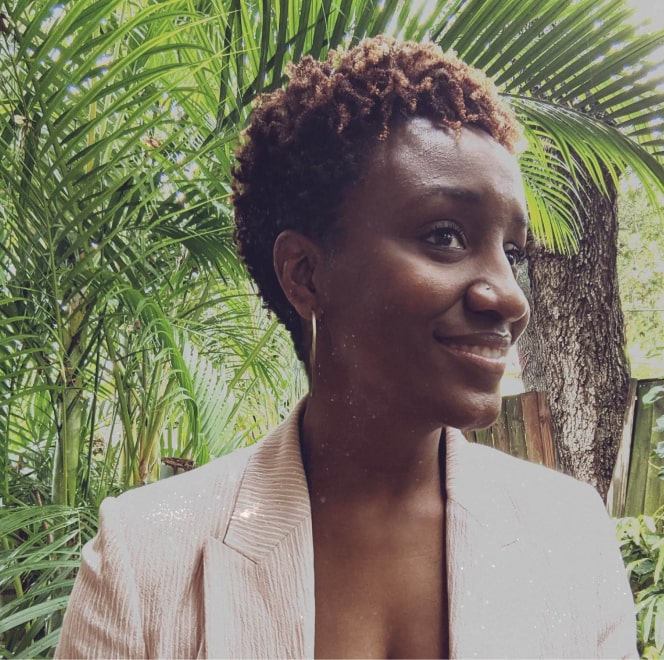 I’m a creative soul and designer who also has an unique eye for detail, ops, strategy AND organization. I put a high priority on relationships so clients become friends and when we work together, we do that work in true partnership.

I want to live in a world where everyone can know and be their truest selves. As a creative strategist, my aim is to help you elevate your leadership and move toward your purpose.

I work to be consistently strategic in my approach to business, leadership and life.

I acknowledge, respect and trust the leading of my inner voice to guide me.

I prioritize giving my imagination the room to show me what’s possible, even when it stretches what I know about the world.

I care deeply about meeting a high bar in the execution of my commitments and my relationships with others.

I want to be open and honest to those close to me and those who cross my path – both in business and in life.

Through honesty, reflection and humility, I stay focused on new ways to move forward, innovate and achieve alignment.

Who am I beyond the work?

+ Unapologetically black.
+ A seeker with evolving theology.
+ A giddy wife.
+ A forever daughter and sister.
+ An auntie, real & imagined.
+ A healthy Enneagram 3.
+ Your favorite “friendtor”.

How did I get here? Straight out of college, I taught elementary school through Teach For America (TFA). But being a teacher wasn’t really for me. I’m one of those people who is creative and artistic AND super organized and detail oriented, so I started looking for other ways to do work more aligned to my skills and interests. That led me to grad school at Savannah College of Art and Design. Studying Graphic Design full time was a dream. While finishing grad school, I got a job as a graphic designer for a small theatre company (live theatre is another love of mine). At the same time, I co-led the drama ministry at the mega church I attended, which gave me space to excel in all my strengths — communications, management of others, project management and execution, graphic design, planning and strategy.

ALSO, while in grad school, I started developing the idea of working for myself as a graphic designer. A professor told me the name of her business was based off of the street she lived on, which gave me an idea for my company’s name, “Lilacs on York” (I grew up on York Street and loved the two lilac bushes that we had in the backyard.) At that point, I said to myself, “I’ll go out on my own later in life. If I don’t do it before, I’ll do it the year I turn 40.”

Throughout grad school, I worked with Teach For America’s summer training institute (learning SO MUCH about working in fast-paced, high stakes environments, project and task managing LOTS of important work in a short time, and building and maintaining relationships in a high stress environment). After school, I ended up working at TFA full-time from 2010 through 2019, where I quadrupled my learnings from those previous summers, and expanded on my personal growth x 1,000,000. I deepened my racial consciousness, my empathy, my ability to have hard conversations, my management skills, my love of mentoring, my ability to facilitate and lead meeting spaces, my ability to create engaging and effective trainings — in general, my strategic thinking grew LEAPS & BOUNDS. After all of this amazing learning, graphic design wasn’t enough for me anymore. I used it – EVERY DAY. Always called on to make everything prettier, cleaner, and easier to engage with. AND I still did it on the side. My confidence grew with each side project, but because of my full time work, I didn’t always have the brain space to do the best design work that I could. So, I batted around the idea of leaving my full time role to work for myself, but graphic design was the only thing I felt my business could focus on and I knew that wasn’t enough. Besides, I LOVED my different roles at TFA, and I didn’t want to leave the amazing ppl that I worked with, all the learning and the great perks of the organization.

In 2016, I moved from Atlanta to Miami to run operations for TFA’s inaugural Miami summer training institute. It was a big job, and after working under other Directors of institute operations, I wanted to see if I could REALLY be 100% in charge of institute operations myself…. and I did it! Those years were filled with lots of hard work, trial and error, but they also resulted in some of the highest satisfaction rates in the entire country. An outcome that I know was partly a result of all of the skills that I’d accumulated since my first institute in 2006.

When I felt the need to move on from that work, I found a local charter school that was looking for an operations director. Unfortunately, this organization was a terrible fit. A former co-worker said it well… “We were all UNDERUTILIZED and OVERWHELMED.” I started looking for other jobs after only about 6 months. When the pandemic hit in March of 2020, I was still determined to leave but didn’t know what work I’d be able to find with the economy as it is. I talked myself into staying another year — toughing it out and trying to rewrite a hard year that felt like it was filled with more error than trial. Then on May 22, 2020, I had a 5 minute call with my manager. He said, “I want to thank you for your work this year. Your contract will not be renewed for next year. Your last day will be June 5.” GUT PUNCH. But ultimately, I wasn’t surprised and after searching for jobs for just a day or two, I knew it was time to start my own business. I spent the two weeks of my two week notice doing research within my network — hearing from women who have done this and are DOING this. I joined a virtual business training cohort and was able to clarify my role… my work… my angle on having an impact in the world. And now… years later, here we are.

The services offered by Lilacs on York as an agency and that I offer here as an individual are a culmination of a career’s worth of experience. I practice bringing and refining who I am and what I’m good at in every new venue—with intentional reflection about how I can best serve the world. I’m excited to clarify these offerings and share who I am to see if we might be a good fit to work together. Keep poking around the site and if you see a way for us to collaborate, reach out. I’d be glad to get to know you.

I loved working with Alison to bring more definition to our organizational goals. She did a great job facilitating the conversation in a way that allowed for authentic conversation and tangible results.